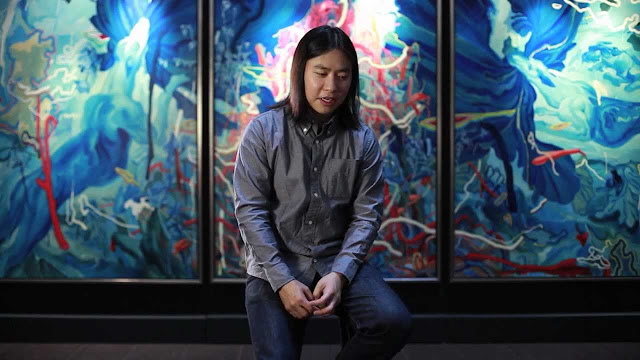 James Jean is a fine artist who is known in the comic book world for his cover art on the DC series Fables.

Fables is a series about characters from fairytales and folk lore who are chased from their homeland and settle in a secret community in New York. The "Fables" who can't blend in with humans live in upstate New York at "The Farm."

TV Trivia: The Fables concept might sound familiar to fans of Grimm and Once Upon a Time, two television shows currently showing on NBC and ABC respectively. Both networks had Fables in development at one stage or another in the mid to late 2000s, and both chose to go a different way. 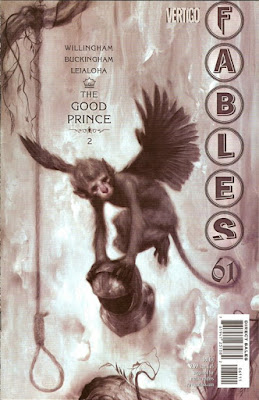 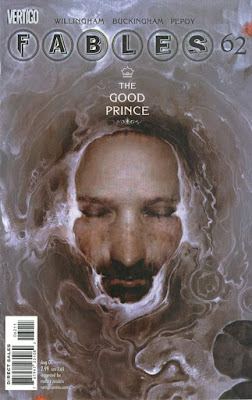 Fables was launched in 2002, under the Vertigo imprint, with James Jean doing cover art. Jean did every cover, except issue #11, until 2009 (issue #81) when he retired from illustration to concentrate on painting. 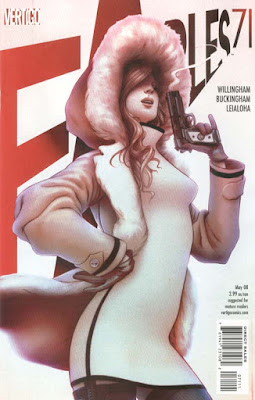 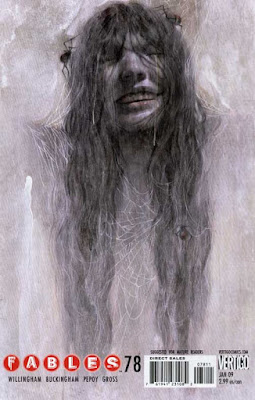 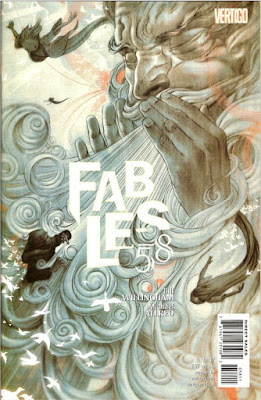 Fairytales and folklore was a perfect match for Jean's artwork. His dreamy and colorful style were a wonderful addition to the comic book shelves. 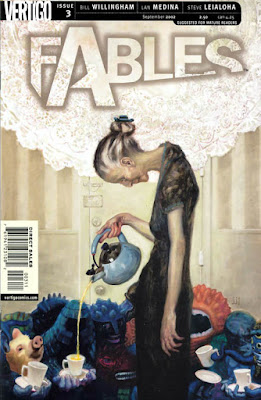 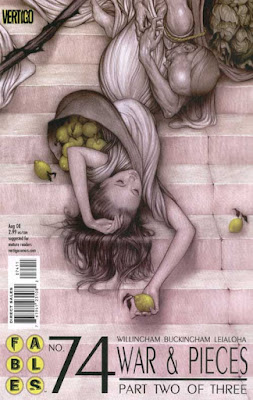 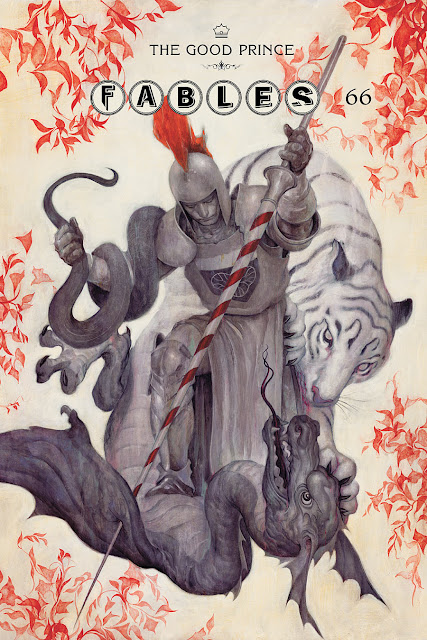 One of my favorite cover artists of the last 20 years, I actually bought a series of small prints based on his cover work and hope one day to get around to hanging them on some walls.