Jewel is, as her name implies, a gem of a person. Kind and supportive to other writers, her 'bored writers chat' hashtag - #BoWriChat - is the reason I know two of the other writers you've already seen on my #SevenQuestions features - Vania Rheault and Ashley Graham.

Jewel took a break from her busy writing schedule to humor me and appear on my silly blog. Be sure to check out her links below and follow her on social media. 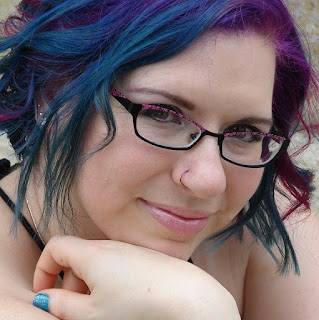 1. Which actor/actress would you love to see play your characters in a movie adaptation?

I have a whole dream cast list for the characters in my Witches' Rede series.

Colin O'Donoghue (Hook from Once Upon a Time) would play Rafaele, Emma Stone for Maeve. Mario Lopez as Francisco.

David Tennant as Mr. Davidson (another actor who heavily inspired the character--including his name!), Tom Hiddleston as Ahlman.

Will Smith as Monroe, Johnny Depp (in a lot of old-man makeup) as Jethro.

Basically, a movie series based off my books would have the sexiest cast of all time. :)


2. If you weren't able to write, how would your creativity manifest itself?

I am a Jackie of many trades and master of none. That is, if I couldn't write,I have plenty of other creative interests to keep me busy. I knit, crochet, and make beaded jewelry. I love photography (flowers, animals, and landscapes primarily). I enjoy drawing (never said I was good at it) and painting (see drawing). And there are a ton of other random crafts and skills I'd love to someday learn.

3. Are you scared of running out of ideas?

Only always! But then I see my list of story ideas and think by the time I get through finishing all those (finishing The Witches' Rede before those--at 9 books--will be a feat all its own!), I'm sure I'll have a list at least as long of new ideas. Plus I've got a storage bin in the garage filled with half-finished stories from my youth (the ideas were sound, execution was poor).

My bigger fear is not finishing everything before I die.

4. Have you ever lied to get out of doing something so that you could write instead?

Oh, once or twice. Mostly I lie about being too busy to go out for social gatherings because "I want to write" isn't a good enough reason to most people for not socializing.

5. If you won $100 million on the lottery would you still write?

Absolutely! But then I could afford to go to the places I write about later in my Witches' Rede series (parts of Europe, Asia, and Indonesia) and in other stories (Pompeii, Central Mexico) for firsthand experience.

I'm obviously not writing for the money (though the money would be nice). I write the books I want to read and no amount of money is going to make those books magically materialize. So it's up to me to write them. ;)

6. Can you just sit down and write or do certain things: location, music, ambience, time of day, need to be right?

In terms of ambience, music, location, time: I'm a mom, I kind of have to be able to just sit down and write when, where, and how I can. I have no set schedule (see earlier "mom" comment), and I now work a full-time job around both kids (one of whom requires therapy during the week) . . .


The only thing I feel I really need in order to write is inspiration. I can of course write without it but I'm 100% certain my readers can tell when the juices were flowing and when they dried up. This is partly why it takes me so long to finish things. I know writing only when inspiration flows isn't what the greats recommend but while writing is not my chief source of income, I'd really rather not treat it like yet another job. If I have fun while I'm writing, my readers will, too. At least that's my hope! :)

7. Which of your characters would you like to date?

Actually, honestly, I'd prefer Surfer Boy (from the Rays of Sunshine series) over Rafaele because Surfer Boy is far more mellow. On paper, Raf sounds great. In real life I don't know how much I'd enjoy his temper (I wouldn't, not at all).