So, this week I watched a handful of movies and thought I'd share some thoughts with you. If you follow me on TWITTER, you probably already know that I enjoy all kinds of stuff (and things) with movies being up there amongst my favorites. If you don't follow me on Twitter...why not?? You're missing the brilliant comedic styling of @Spartagus:

Watching #Noah ...and Noah has just been punched in the head by a rock monster...so...there's that.

The first tweet is me being...well, me. And the second tweet refers to the movie I watched last night...and I'll get to that in next week's post.

For now though, let's start with Guardians of the Galaxy...
So, you take Marvel's box of toys and Disney's marketing machine and what you end up with is a colossal $95M opening weekend for a movie with a talking Raccoon and a sentient tree who can only say "I am Groot." 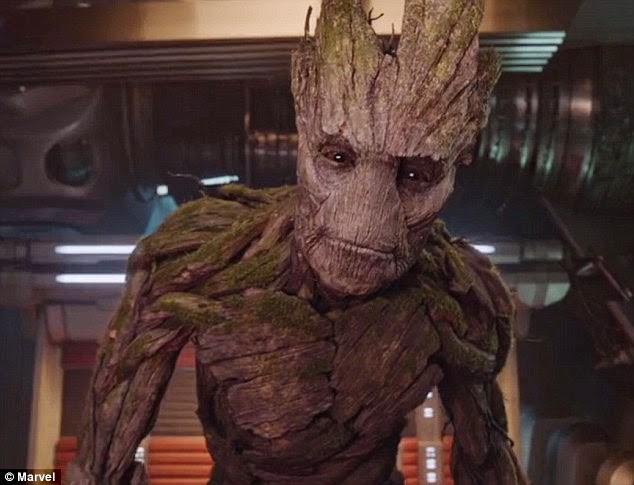 And I think it deserves all of its success.

This movie is a LOT of fun. Sure, it suffers from the usual problems of summer movie bloat, featuring a third act that has everything but the kitchen sink thrown in, but all the Guardians are great, the humor irreverent and the effects top notch. A sequel is due in 2017, by which time I fully expect Marvel to be our evil overlords. The upside being there will probably be a really cool President/Emperor...probably Robert Downey Jr.

After the superhero fun of GOTG, I decided to try out Liam Neeson's new throat-punching extravaganza, Non-Stop.

Basically, it's Speed on an airplane, with Liam Neeson's air marshal up against a bad guy (or girl...let's keep some mystery here) who will kill passengers if he (or she) is not paid $150 million.

Liam has managed to get his second wind as a movie action star, but attempts to replicate the bare bones, muscular, voicebox wrecking, euro face-smashing success of Taken invariably fall short. Non-stop isn't bad, but it's hamstrung with an overly elaborate bad guy plot and some harebrained character decisions that left me thinking "really???"

This one is for a Saturday night when you've worn out your copy of Taken. Alternatively, you could watch the vastly superior "bad guys on a plane" movie Executive Decision with Kurt Russell and Halle Berry if only to watch ***SPOILER ALERT*** Steven Seagal get sucked out of an airplane halfway through the movie. Little has made me happier at the movies than that moment. lol.

Next, I watched 12 Years a Slave, further proof, if any was needed, that mankind has serious issues. Chiwetel Ejiofor plays a free black man from New York who is abducted and sold into slavery in the South. It's an incredible story, and one filled with moments of sheer frustration and anger at the level of hatred, violence, indifference, greed and cruelty shown by the bulk of the white characters. Despite Michael Fassbender's character appearing to be borderline bat-shit insane, the bulk of the white people in the movie seem to be in full control of their faculties, so the violence perpetrated against Ejiofor's character Solomon, and the other slaves, seems even more brutal. The film is based on a true story which makes it all the more...powerful.

The cast is filled out with several well known actors in smaller roles, including Brad Pitt, but the accolades belong to Ejiofor as Solomon, newcomer Lupita Nyong'o as Patsey and Fassbender as Epps. The director, Steve McQueen and his director of photography deserve some accolades too for the look of the movie. Also, for the unflinching eye they cast on scenes as they play out. One scene, where Solomon has to balance on his tip-toes with a noose around his neck for hours, plays out in relative silence for much longer than other directors would allow. You aren't allowed to just look away, you are forced to watch and to shake your head and wonder why those who see him hanging there don't cut him down. Powerful scene.

This is not light viewing, but well worth a watch.

So, there ya go. That was this week's eclectic selection. I'll be back next week with some more, including Noah...a new take on an old story. Until then, take it easy.