With a new novelette out for you to read: 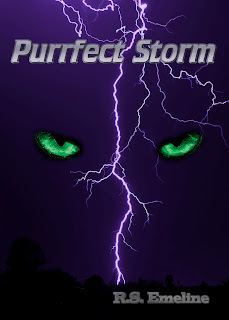 which can be purchased easily from AMAZON here - - > Purrfect Storm (eBook) < - -  now is a purrfect time...(see what I did there?) to get to know this wonderful author.

Over beer and pretzels Tavin Chauncy, the Hero of my novelette, Purrfect Storm, opened up about life, the Marine Corps, and living in the present. --R.S.

RS: What led to your decision to join the Marines?

TC: I had something to prove to myself and my parents. The Corps seemed like the way to go. It got me away from my past. *laughs* At least, I thought it had.

RS: Do you plan on getting out of the Marine Corps?

TC: Only if they force me out.

RS: So what is next for your career?

TC: It’s what we do, but you’re welcome.

RS:  Before Leila turned human you were pretty logical. Does it stand to reason you now believe in Magick?

TC: Damn right I do, but usually we try to keep that to ourselves. The Corps and I don’t see eye to eye on that. It’s made for some heated discussions and some unpleasant meetings.

RS: Is that going to cause problems for you later?

TC: Nothing I can’t handle.

RS:  I’m sure you can handle whatever you need to. Since we’re speaking of Magick, is there a difference between Magick and Magic? Or are they just different spellings for the same thing?

TC: Magick is Old. It’s true power and energy. It gets things done and can have serious consequences if messed with. Magic is the fun stuff you see on stages. No harm, no foul stuff. It’s pretend.

RS: I guess I can understand that. It makes a strange kind of sense. Speaking of strange, did you find it weird that a black cat had appeared out of nowhere?

TC: At the time I didn’t think anything of it. If the same thing happened now, I’d be concerned it was another lost love I didn’t know about.

RS: That could be awkward.

TC: Leila wouldn’t like them popping out of the woodwork.

RS: Do you have any plans to change your name back to its original form?

TC: It’s not easy to change your name when you’re in a government career. It would take a lot of paperwork, and I hate paperwork.

RS:  Now that you remember your different life cycles, can you tell us what it was like living so many different lives?

TC: Most of the time they’re like dreams I only remember parts of. It’s hard to wrap my mind around it sometimes. Mostly I don’t think about it. I’ve got a good life now, with a woman I love. The past isn’t important.

RS: Do you think readers will hear anymore about your lives in the future?

TC: I wouldn’t count it out.

RS: That could be exciting. Thank you for taking time to meet with me today.

TC: Not a problem. The beer was worth it. 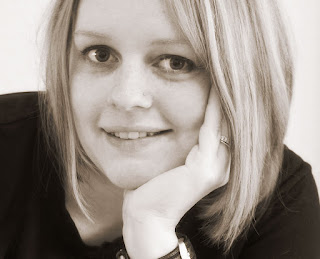 About the Novelette: Tavin Chauncy thinks he has his work cut out for him when a fellow Marine gets arrested for assault. He soon realizes that it's nothing compared to the way his life gets flipped upside down when a mysterious woman appears in the middle of his living room during a rare desert storm.

About the Author: R.S. Emeline grew up in the sogginess of Washington State where she nurtured her love of writing with dark teenage poetry. Today she spends her time in the perpetual dryness and sun of the California desert. She lives there with her husband, the Marine; her niece, the Artist; her daughter,the Munchkin; and two animals--King Furry and Mistress Meow-- who are the true rulers of the roost.

Thanks for stopping by R.S. and best of luck.